Angam is believed to have been a part of the ancient culture of Sri Lanka that dates back to over 5000 years. It had evolved from generation to generation, standing the formidable test of time, and once became an indispensable part of the Sri Lankan way of life.

For centuries the country went through most turbulent eras that required it’s rulers to muster defenses with the help of their fellow countrymen, to battle invasions that came from foreign lands as well as dissension from within.

The monarchy maintained a reasonable army that consisted of full time soldiers, but the majority of countrymen were ready to answer the call to arms in the name of king and country. Hence Masters of Angam were scattered throughout the land under whom civilians who engaged in different trade such as farming, pottery etc… also trained in the martial arts for mental and physical discipline as much as to be able to protect their country in a time of need.

Because of its fierce nature the British rule of Sri Lanka at the time banned and outlawed the practice of Angam and resorted to  extreme measures which included imprisonment, persecution, and an order to shoot in the knees of any known practitioner of the art during the colonial era of Sri Lanka by the British as it fueled the martial spirit of the natives. Due to this situation, Angam was practiced solely underground among a select few. Most Gurus (masters) refrained from teaching, but a few warrior families that were dedicated for the preservation of the art, carried it through generation to generation until today. 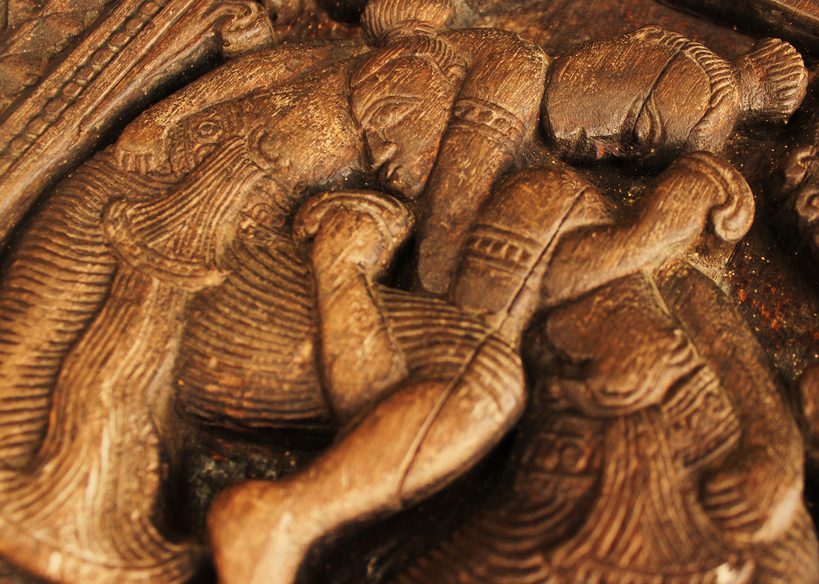 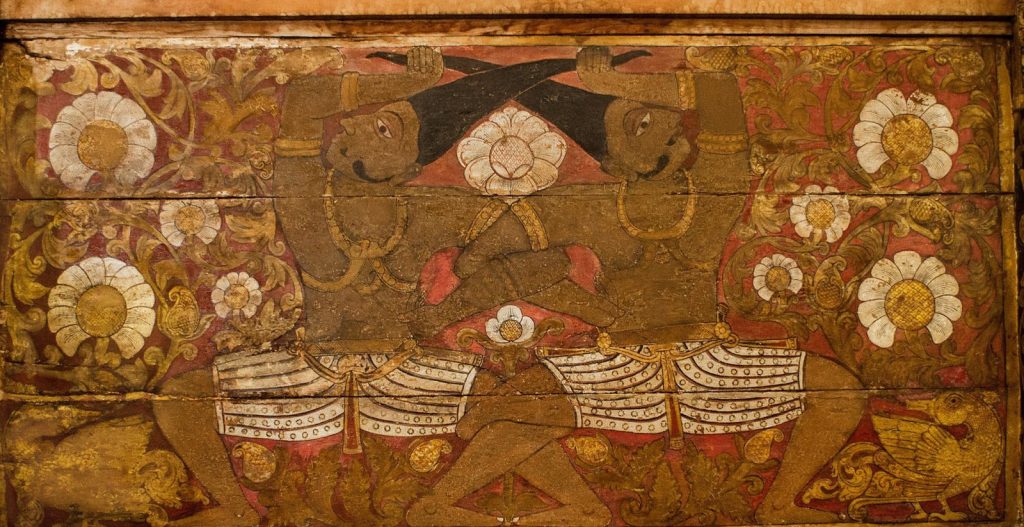 Hand to hand Combat which is commonly known as “angam pora” has it’s distinct meaning. “Angam” refers to the body while “Pora” refers to combat. So while angampora means the martial use of the limbs without the use of weapons, it is also divided into four main categories.

Some Martial art experts and researchers recognize angampora as a complete martial art that can use in all four fighting ranges. 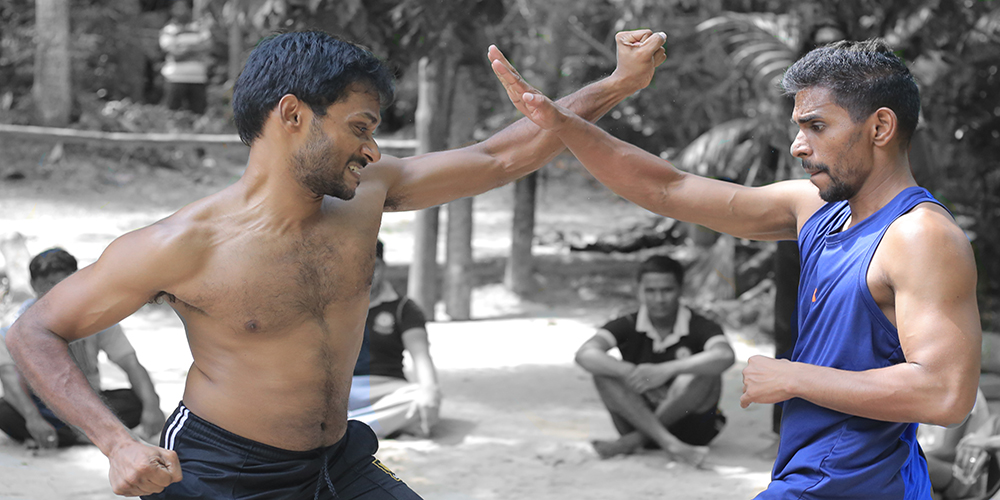 This are covers the techniques relate to the offensive execution of different strikes and the defensive uses of a vast variety of blocks (aka Guti Harammba).  In angampora the artful execution of foot work is essential in mastering it’s powerful techniques.

In theory the master prompts his students to train their students to cultivate a strong metal and physical aptitude that requires them to train their proverbial eagle eye, for watch fullness, the Peacocks hearing, listen to the movements of the enemy, the leap of the monkey, to stay agile and supple, the walk of the tiger that refers to the readiness and alertness in ones movements, the grapple of a bear, , the gait of the  that refers to strength needed for ground fighting and executing neutralizing techniques.

These techniques are taught in the form of movement sets that includes different combinations of strikes and block with the relevant foot work. Students are taught these sets of movements, from basic to more advanced varieties. 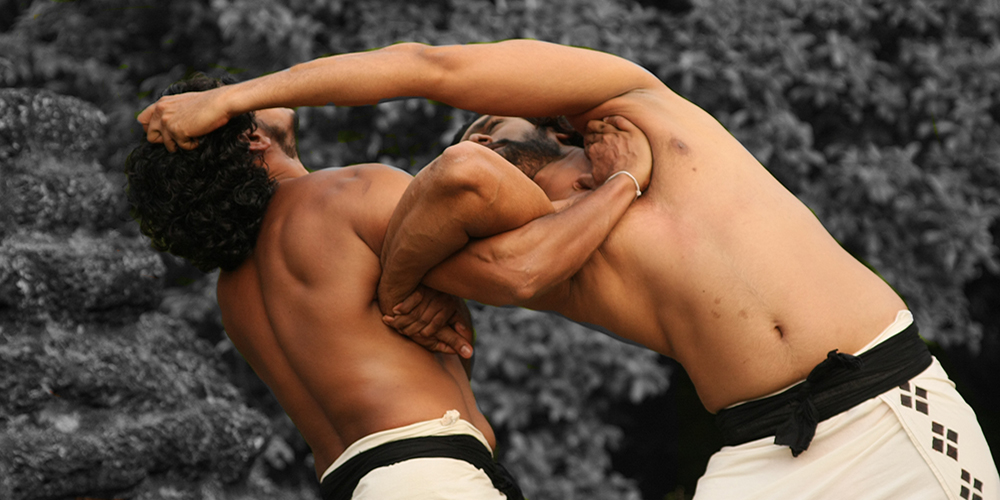 Grips and lock (aka Gata Harammba) in angampora is an area that clearly set the art part from many others in the world. Over the years this area has proven to be one of the most deadly and practical techniques to be taught in the angam maduwa (in the dojo). It requires both strength and skill with the addition of extensive training in or to execute perfectly and effectively.

Different kinds of gripping and grappling techniques exist to counter different sorts of assaults. Those that are specifically used to neutralize an enemy who may strike with hand, foot, knife, sword… ect…

In reverse, the counters attack/releasing technique for a grip or a lock is also taught as a separate area of study under grips and locks. 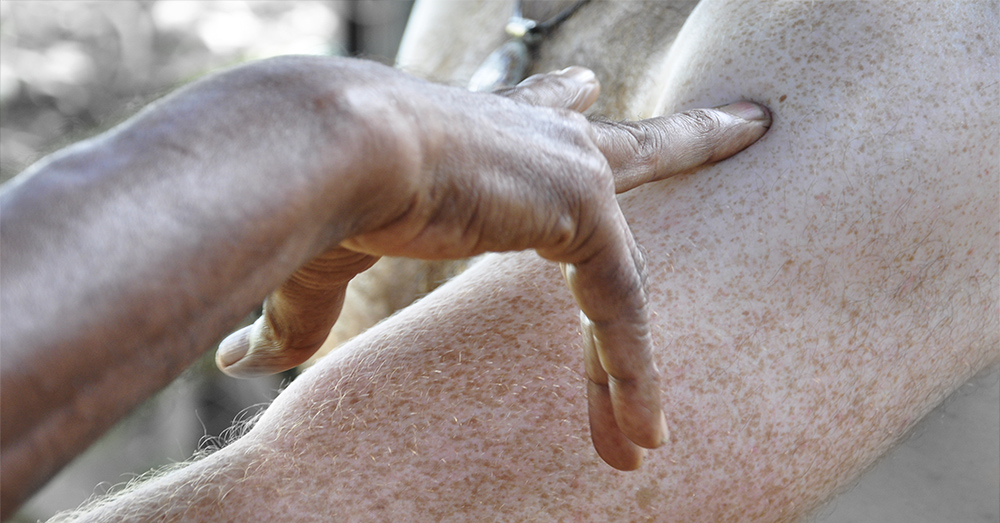 Attacking specific pressure points of the body of an opponent’s (aka “Maru Kala”) is another deadly technique in angampora. This is known as “Maru kalawa”, can be called the “Art of Death”. But this at it not taught by the master to every student. Only the most trusted and experienced students re-taught after extensive ceremonies offered to the god Rawana, and taking 7 oaths.

A knowledge of astrology is essential in order to use this art effectively. The art speaks of 107 major pressure point of the body, and 12 deadly ones.

Take-downs & wrestling (aka Pora Harammba) is also a practical aspect of Angampora that deals with the real-world execution of take-downs, wrestling and ground fighting techniques our ancestors used in the battle ground and Pora harammba required good skills in techniques and enormous physical stamina.